Short films are the most underrated art form there is: people don’t usually watch them (let it be live action, animation or documentary) and when they are interested in a particular one, it can be extremely difficult to find it on the Internet. As a matter of fact, since I’ve been a film student, the only people I’ve met who are interested in shorts are scholars, cinephiles and students, and even they are turning their backs on this format and try to make feature films in college (as undergraduates, can you believe it??!!). Why is that? I believe it is because short films never get the attention and appreciation they deserve, people don’t want to pay to watch them and it is very unlikely to recover the investment made to produce it. They are seen as a “lesser” production, as something reserved for festivals, but not for the mainstream public. It is like something that students made to learn their craft while hoping to eventually make movies, “real” movies. Well, I disagree: short films are made with extreme precision and craft to make you understand a story, empathize with the characters and, most importantly, make you feel something, in just a few minutes, with a limited number of scenes, characters and means. It’s all about getting to the point in a simple yet complex way, telling a story in the best way possible, without the fare and unnecessary decoration. I’m not saying in any way that making a feature film is easy, not at all, but a longer format gives storytellers more time and more scenes to make you feel everything a short film does in just a few minutes. Timecode, the winner of the Palme d’Or for Best Short Film and Oscar nominee, is the perfect example.

The less you know about Juanjo Giménez’s film in terms of plot, the better, because it is a magical experience you have to see for yourself. In just 15 minutes, this short movie completely blows your mind, almost literally. Shot exquisitely and with subtle yet nuanced performances, Timecode barely has any dialogue: it captures perfectly the premise “show don’t tell”, something Giménez, throughout his long career as both a filmmaker and a docent has understood perfectly. Movie are different from other artistic forms because they can rely on images to tell stories, and much too often in our screens images are subjected to words, and not the other way around (I think Moonlight’s success comes precisely from its ability to capture a deep story without using too much dialogue). No words are needed in Timecode when the two main characters, two parking lot security guards, find a way of connecting that is unique, deeper and just plain beautiful.

Juanjo Giménez’s short film shows, like many of this year’s nominees in the feature film category, that art can be found in the most ordinary place and that even the smallest action can be turned into the most extraordinary film. It is also proof that there are many ways to make movies, that a story can be touching and pure without having to follow the typical structure and guidelines of filmmaking. That is why short films can be such a powerful tool to change storytelling. Experimentation and innovation are key elements to keep art alive. 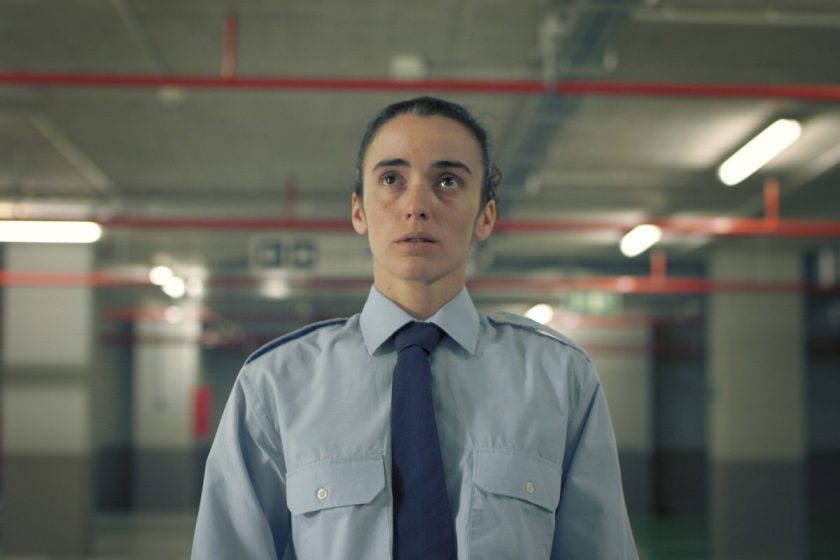 I finally just want to end with a special thank you to Juanjo Giménez and the team behind Timecode: thank you for putting short films on the map in a country, Spain, where cinema is generally ignored and short films just seem not to exist. It has been a true joy to see the mainstream media talk about it almost on a daily basis and to witness how so many people around me who usually ignore short films have been exposed to such a beautiful production. I also want to thank TV3 for airing Giménez’s short masterpiece in primetime on a Friday night, something I had never seen happen in a major TV channel in Spain. I truly hope that this will encourage a new generation of film students and filmmakers to value the power of short films, an art form that has been forgotten so many times.

One thought on “Timecode: The art of capturing the essence of filmmaking”